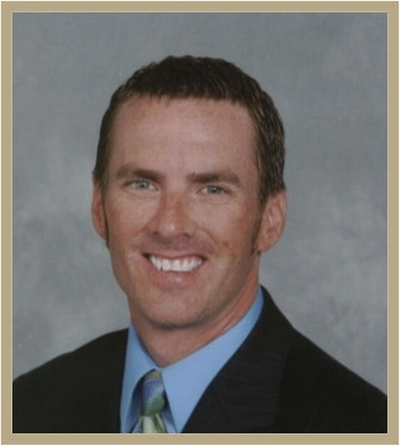 Be goal-oriented. Never give up. Think BIG. Be persistent.

Bill Bradford found his niche in the world of sales at the early age of 12. As a newspaper delivery boy, his “I-love-a-challenge” attitude helped him sell the most newspaper subscriptions that year, resulting in a free trip to Washington, D.C. This was just a glimpse of the success he’d experience in his future sales career.

After growing up in Sumner, Iowa, Bill graduated from Iowa Central Community College with a radio broadcasting degree in 1986. After six years of being an on-air DJ with Rock 108/KFMW, Bill transitioned to the promotions director, and then into a sales position in 1994. It didn’t long for one of his accounts, US Cellular, to realize Bill’s great salesmanship. This led to Bill’s move from radio to cell phones in 1995. The hard work Bill put into his new career with US Cellular was evident in 2000, as he received the Top Sales Performer Award, a nationwide recognition of the company’s top salesperson. This success encouraged him to follow the “be aggressive” advice of his father and grandfather, which led to the evolution of Next Generation Wireless, an authorized agent of US Cellular products and services. In 2001 he and a business partner opened their first kiosk store in Lindale Mall in Cedar Rapids with three employees. Bill bought out his partner in 2003 and is now the sole owner of the company, which will include 21 locations and 100 employees across the Midwest by the end of 2006. For a company that is just over five years old, Bill’s success proves that he will continue to be an economic force in the Midwest. Bill is also passionate about giving back to the community, which is why he actively enjoys his involvement with St. Patrick’s Church, Junior Achievement, and Toys for Tots.

Outside of the business world, Bill’s time is filled with his family and recreational activities such as hunting elk and deer, snowmobiling, and running. As Bill matures with his business, he’s learned to work smarter, not harder, so he can spend as much time as possible with Lisa, his wife of 13 years, and their three children: Madison, Megan, and Carson. He credits his employees as the backbone of Next Generation Wireless, allowing him to find a balance between work and family.