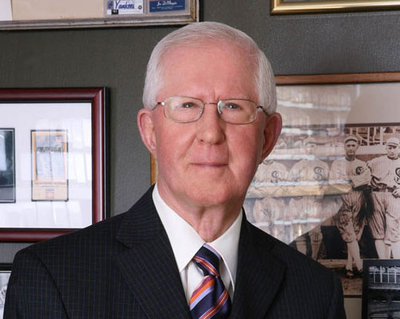 Growing up in Waterloo, Iowa, all Bob Hellman wanted to do was play baseball. He developed a love for the game at an early age, and the values he learned from being part of a team and striving to succeed have carried him over the years, both in business and in life. Although Bob went on to play high school, and even semi-pro baseball, there came a time when he realized that desire and determination were no match for superior size and skill in the world of professional athletics. So, he pointed his skills in a new direction.

Bob began his professional career in 1958, and the next 11 years included stints as a manufacturing company writer/artist, a publishing company designer, ad agency art director, and consumer products company creative director. With a net working capital of $400, Bob opened Hellman Design Associates in 1967. The business grew from its original roots as a design, illustration and animation project shop to a full-service marketing/ advertising/public relations agency. Today, Hellman has served over 400 companies, including 129 of the current Fortune 500 companies. Under Bob’s leadership, the agency has won hundreds of trade awards, employing world-class creative to help its clients grow and succeed. The Greater Cedar Valley Chamber of Commerce named Hellman Business of the Year in 2005, and in 2009 Hellman was named Business Partner of the Year by the American Humanics program at the University of Northern Iowa. Hellman has also earned awards for Best Place to Work in the Cedar Valley, as well as Employer of Choice.

Over the years, Bob has maintained close ties to the community, and the Hellman agency has supported numerous worthy causes to help those in need. In 2007, Bob received the Optimist Club Hall of Fame Award, and a Francis Mills Child and Family Advocacy Award in 2008. But it was the firm’s involvement with the Partners in Education program that led Bob back to his lifelong love of baseball. Responding to a “wish list” that included a ballpark for the Dr. Walter Cunningham School for Excellence, Bob’s family made a significant donation that led to the realization of Hellman Field, a first-class ballpark on Waterloo’s east side, located not far from where Bob grew up.

Seeing how this one field not only rejuvenated an interest in the sport, but also invigorated an entire neighborhood, Bob embarked on a new inning in his life. He founded Build Our Ballpark, a nonprofit organization dedicated to improving the lives of children by helping to rally the support and raising the funds needed to build new ballparks or improve existing ones. Today, the ball is already rolling on several new projects in the area.

When Bob isn’t busy with business or ballparks, he and his wife, Betty, spend considerable time traveling across the country to visit their six children and twelve grandchildren.