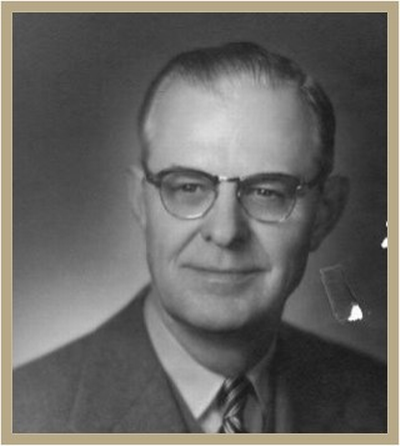 Clarence Schukei was tough, opinionated and made a lot of noise - but he could afford to because he was right so much of the time. A determined young boy at the age of 14, Clarence left his home in Waukon, Iowa for the big city of Cedar Rapids to fulfill his dream of working in the automobile industry. He worked his way from sweeping floors to traveling the southern part of Iowa looking for people who owned automobiles that were in need of repairs. These were before the days of auto dealerships and repair facilities. At the age of 26 he became general sales manager at Rude Auto, and from there his love of cars only grew. In 1922 Clarence married Grace Athey, and over the next seven years they had two children – Janice and Robert.

Clarence opened his first dealership in Mason City, and then opened Schukei Chevrolet in downtown Waterloo in 1932. His dealerships are memorable for many because of his creative advertising approach. As Clarence would say “…if you don’t have a little corn in it, people don’t listen to it or read it...in order to succeed in the automobile business, you’ve got to make a lot of noise. And boy, I did.” Clarence managed to make some noise outside of the automobile industry too. His passion for the development of downtown Waterloo was ahead of the times, and since then many people have wondered why they hadn’t listened to Clarence a bit more. Although, when a shopping mall was constructed in the Crossroads area – the same idea he had hope to build in south Waterloo – Clarence moved his dealership to a site near Crossroads Center. “When you can’t lick them, join them,” he said at the time. Clarence was the owner and operator of Schukei Chevrolet for 48 years before retiring at the age of 80. His automobile legacy continues though, with his son and grandson running Schukei Chevrolet in Mason City.

Beyond the world of cars, Clarence’s community involvement and awards ranged from automobile associations to his involvement with the chambers and downtown development, Rotary and being a thirty-second degree mason. He also enjoyed escaping to Canada for hunting trips and sponsoring a national-winning fast-pitch softball team. The Cedar Valley wouldn’t be what it is today without the legacy of Clarence’s strong convictions and core values.