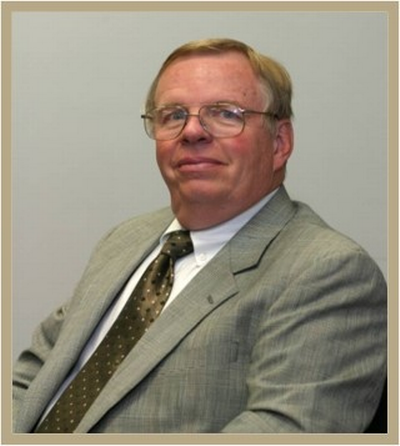 Family plays a big role in Dave Buck’s life. In addition to raising two sons, Sam and Frank, with his wife Ruth, Dave has followed in the footsteps of his father in both the business world and in the community.

After Dave’s father passed away in 1975, he and Ruth decided to leave their home and jobs with Northwestern Mutual Life in Milwaukee and move to Waterloo to temporarily run his father’s business and help sell it. That temporary move soon became a permanent one, as Dave decided to continue his father’s vision for a successful company and took over the helm of Matt Parrot & Sons and its subsidiaries, Buck Printing, Dimensions Office Furniture in Cedar Rapids and Waterloo, and Goodfellow Printing Company in Iowa City. Serving as President and CEO has afforded Buck the opportunity to build a highly successful business in the Cedar Valley and beyond. Dave has also been active in trade association work, having served on the Board of the National Office Products Association for over ten years. Receiving numerous awards in his industry and community, such as Regional Citizen of the Year by the Northland Regional Council of Governments, Book of Golden Deeds Award from the Waterloo Exchange Club, Dealer Advocate Award from the Business Products Group International, the first and only time that award has been given, hasn’t changed Dave’s down-to-earth ways.

A very modest ambassador of generosity, Dave is always thinking of others. Under his leadership, his company launched the Matt Parrott Integrity Award in 1994 to recognize individuals and companies who exhibit high moral and ethical standards. Since its inception, 30 awards have been given in conjunction with the College of Business at the University of Northern Iowa.

Learning from the example set by this father, Harrington, Dave became involved in supporting charitable organizations through volunteering and fundraising almost immediately after graduating from Iowa State University. Getting involved is not a request Dave takes lightly, and many know him as the “Yes Man.” Regardless off the request Dave is always ready and willing to help any way he can. Getting his start with community involvement in New York, Dave has since traveled to India and Nicaragua to assist with projects for Rotary. Dave readily gives of his time and financial support to numerous organizations such as The Grout Museum, Waterloo-Cedar Falls Symphony, Junior Achievement, YMCA, among many others. In recent years, Buck has concentrated his efforts on two organizations, the Community Foundation of Waterloo and Northeast Iowa and the Rotary Foundation of Rotary International. With his passion for heath care, education, youth and the aging population, there doesn’t seem to be a seat Dave Buck doesn’t fill or contribute to. Dave and his wife Ruth believe that with the number of locally owned businesses becoming fewer, personal giving must pick up the slack. The Bucks certainly lead by example.