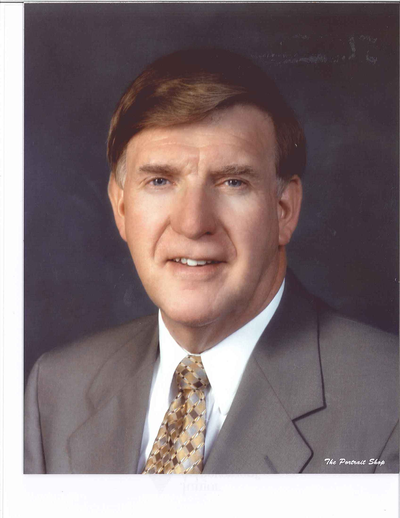 Dr. Richard (Dick) Ferguson grew up in a small western Pennsylvania town where a college education was not the norm. Neither of his parents received a college education so he was determined to become a college graduate. Finding his high school teachers to be strong role models, Dick attended the nearest teaching college where he graduated with a Bachelor of Arts in Mathematics. He went on to earn a Master’s Degree in Mathematics and his PhD in Educational Research.

Dick began working at ACT, Inc. in 1972 after attending an American Educational Research Association meeting and where he literally stepped on a copy of ACT’s company newsletter. Although he knew nothing of the company, he called one of the employees whose text he was familiar with and at their urging, flew to Iowa City. He was offered a position in Test Development and was named CEO in 1988.
Under Dick’s leadership, ACT, Inc. has become a world leader in educational and workplace assessment, and has expanded internationally in Europe, Asia and Latin America. Throughout the years, ACT, Inc. has increased revenues five-fold, doubled employment, expanded their campus in Iowa City, and impacted millions of students, adults and institutions. He has also been a key leader in developing ACT WorkKeys®, a comprehensive system for measuring, communicating and improving the common skills required for success in the workplace. This program allowed ACT, Inc. to expand beyond a college aptitude testing company.

Dick has been an integral part of ACT, Inc. for the last 38 years and has brought the company to the next level in the educational assessment field. His presence will be greatly missed both at the company and the Iowa City community as he begins his new journey in Texas.

"Junior Achievement reinforced concepts for me to remember later in life."

"I thought the experience was amazing. The presentation was unlike anything I've seen."

"Junior Achievement has given me a sense of what adults go through with budget issues."

"I liked how the Junior Achievement volunteer explained his job to us."

Creative Ways To Give