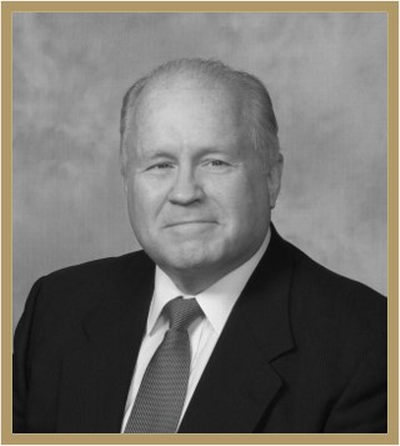 Born in the South Side of Chicago to a large Irish Catholic family, Jim Walsh worked very hard to be where he is today. Being a part of such a large family, Jim was required to develop a strong work ethic at a very young age. Never making more than twenty dollars per week before going to college, he worked several jobs including clerking at his uncle’s store and strike breaking on a bread delivery route. After high school, Jim attended the University of Illinois- Chicago, then went on to receive his law degree from Loyola University. According to Jim, he wasn’t the best at chemistry, so he decided that law school would be the better choice over medical school.

After law school, Jim followed his wife Linda to Iowa in 1975. Thinking he was moving to what we call “Idaho,” Jim was shocked to be moving some where so close to home. When first moving to the Cedar Valley area, Jim became a very successful trial lawyer. During this time, he became acquainted with good friend and business partner, Van G. Miller. When Van decided to separate from Miller Medical, Jim invested in his project which is now VGM and Associates that occupies a 110,000 square foot office space that employs over 500 people in the Cedar Valley. The new building plans began with scribbles on a cocktail napkin with Van.

Jim has never been the person to have only one job. During all of the changes at VGM, Jim continued to practice law at Clark Butler Walsh and Hamman Law Firm. He also became the corporate counsel for the city of Waterloo where he has served five mayors, twenty councils, and has been involved in all major city decisions and major litigation with businesses, industries and government bodies on behalf of the city. Jim’s passion for the City of Waterloo began when he moved to the Cedar Valley. This is his home. This is shown through his “hobby” of renovating the downtown Waterloo area which he has been working on for the past twelve years. He currently owns over 35 structures and considers it a step in the right direction for the downtown area. He sees potential and seeks to make the downtown area a place for all.

Jim is described as an invaluable asset to the Waterloo Community and business industry. As a voracious reader and history buff, he spends his time reading past presidential biographies and their influence as a leader. He is very unassuming, has a heart of gold with and endless supply of one-liners, and will go out of his way to help someone. Jim is also a family man, and always found a way to be home for dinner. As most only see his serious side, he also has a childs enthusiasm and imagination.

On top of all of his jobs, he is the founder of the Cedar Valley Irish Cultural Association, which sponsors the annual Irish Fest in downtown Waterloo which he started and has been a tradition for the last 7 years seeking to restore the Irish culture in the community. He is also a charter member of the Waterloo Development Corporation and is on the boards of Healthcare Quality Association of Accreditation, Waterloo Expo Services Corporation, Waterloo Telecom Partners, Cedar Valley Community Health Care, and is a Fellow of the Iowa Academy of Trial Lawyers. He is also a past member of the Waterloo Community Playhouse and Community Foundation of Northeast Iowa boards. As for recognitions, he received the Event of the Year Award for Irish Fest from the Waterloo Convention and Visitors Bureau and has been recognized for his thoughtful renovation efforts downtown by historical organizations in Waterloo. Jim has been married to wife, Linda for over forty years and is the father of three daughters; Anne, Sara, and Jennifer.