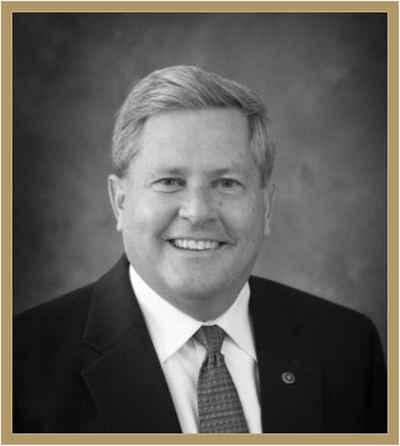 Growing up on a farm in Northwest Iowa, Jim started working at a very young age. Born in 1954, as the fourth of five boys, Jim was put in charge of the chicken house at the age of seven and was eventually responsible for the calves, cattle, hogs and ultimately, the milk cows. This upbringing taught him discipline, responsibility and hardwork. A typical day on the farm started at six in the morning and ended around six at night. With this schedule, Jim was instilled with a strong work ethic which would eventually help him evolve into a well-rounded leader. Living on the farm was a great life for eighteen years and Jim has always appreciated the culture that the farm instilled in him. After graduating high school, Jim went on to Iowa State University where he earned a degree in Civil Engineering. Upon graduation in 1978, Jim accepted his first position at the City of Cedar Falls as a Project Engineer, and has remained in the community since.

For three years, Jim worked for a consulting firm in Waterloo, where he received the State of Iowa Young Engineer award. In 1983, he was called back to work at the City of Cedar Falls as the administrator of the Interstate Substitution Program. He was then appointed to Director of Developmental Services for Cedar Falls, in charge of all engineering, planning, building, and community development activities. During these years, Jim had a large impact on developing the City of Cedar Falls. During his tenure, the years that highways such as highway 58, trails, and prairie lakes were developed. He also was part of the financial and development team for the Cedar Falls Industrial Park and proposed a key residential street repair program. In 1996, Jim went on to accept the position of Plant Manager at MetoKote Corporation and eventually became the General Manager. He helped the company double in size and appreciated the opportunity, but when he was asked to move to headquarters in Ohio, he stayed true to his community, and became the General Manager at Cedar Falls Utilities in 2002.

Jim’s work for the City of Cedar Falls will be remembered. He has brought good service and competitive rates to Cedar Falls and has made Cedar Falls Utilities a leader in the utility industry. Being a very humble man, Jim gives all of the credit to his employees. He is a very dedicated General Manager and cares very deeply for his employees. He has also recently led Cedar Falls to be the first and only Iowa community on the nations short list of gigabit communities offering ultrahigh speed data service to all customers. Cedar Falls Utilities' gigabit service is now available at an Cedar Falls business and residence. The "gigabit city" label has put Cedar Falls on the map and is a great tool for promoting Cedar Falls as a place to locate and expand a business. Some of his proudest achievements are creating a customer focus and a culture of respect, employee teamwork and personal growth. Jim is described as a blessing to the community and is a huge part of Cedar Falls Utilities being voted as one of the best places to work in the Cedar Valley.

Outside of Cedar Falls Utilities, Jim has also been very involved in the community for the past 31 years. He has served on the Cedar Valley United Way Board of Directors, is a member of the Greater Cedar Valley Alliance Board, Cedar Falls Rotary, and is a Cedar Falls Ambassador. He also served on the Sartori Hospital Community Advisory Board and is a member of the First National Bank Board. Professionally, he has also served as President of the Northeast Iowa Engineering Society and is currently President of the Iowa Municipal Utilities Association. Jim is married to wife, Kathy, and together, they have six children; Becky, Michael, Katie, John, Andrew, and Megan.