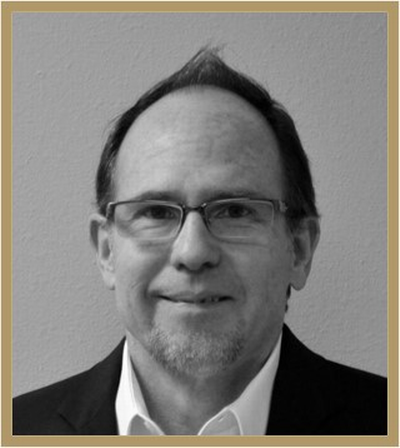 “Go big, or go home” has always been Kevin Harberts’ motto. Starting at an early age, this local business leader was a risk taker. Born and raised in Waterloo, IA, Kevin attended Waterloo West High School. He was instilled with family values and a strong work ethic by his parents and continues to follow these today. His first notable risk was when Kevin was a senior in High School. Not many people can say that being fired from their first job was the best thing to ever happen to them, especially over something as silly as a potato fight in the back room at the local Crossroads Hy-Vee. Kevin was in a coop program through school where he worked part time and went to school the other half of the day. Once the school found out Kevin was fired, he was told he may not graduate unless he found another job. Kevin quickly picked up a janitor position at J&J Metal Spinning in Waterloo, sweeping metal shavings at the end of the day. After working there for a few months, he took the risk. Kevin finally got the nerve to ask if he could try working with the machines. Manufacturing quickly turned into Kevin’s lifelong passion. Upon graduation in 1974, Kevin attended school for one semester in Canada, then returned with new wife Lorna to continue his work.

In 1981, Kevin took the big leap into the manufacturing business. With his hard work and passion, Kevin became a part of a three person group which started and operated a company that was then called Iowa Metal Spinners, Inc. He spent countless hours working in every aspect of the company, which has led him to his success today. Since 1997, Kevin has been the sole owner of Iowa Metal Spinners, Inc. and in 2000, the business had become successful enough to build a new building which occupies 100,000 square feet of land in the Cedar Falls Industrial Park. Then in 2008, when the economy took a turn for the worse, Kevin had to lay off employees. Kevin, who is a hands-on employer and is likely to be found “helping the boys spin”, appreciates and genuinely cares for his employees. As soon as the he was able, Kevin hired back almost all of the employees he had laid off. In 2011, Kevin finally made the decision to change the name of Iowa Metal Spinners, Inc. to Kryton Engineered Metals, derived from the Greek words Kratos Triton, meaning Metal Strength. Kevin’s passion sparked by a potato fight has inspired a 10-12 Million dollar company known as Kryton Engineered Metals.

Kevin is described as one of the most fair and honest leaders to work for. He takes the time to understand his business, both manufacturing and costs. He knows how to run all machines at Kryton and prides himself on personally mentoring his employees. To Kevin, nothing makes him happier than seeing an employee purchase a new car, or when he hears that they are building a new home. To him, that means that his employees are also successful.

In addition to being a part of one of the most successful metal manufacturing companies in the Cedar Valley, Kevin is also very involved in his community. Kevin has served on the Iowa State University Advisory Council, Cedar Valley Manufacturers Association, Precision Metal Forming, UNI Manufacturing Technology Advisory Board, and the Cedar Falls Historical Society. He was also a State of Iowa 1996 Workforce Development Award Nominee Winner, received the Cedar Falls Chamber of Commerce Investor Award in 1997, the Re-investor Award in 2000 which is an award for his community service in working to honor the Oklahoma Bombing victims, and received the Precision Metal Forming Advancement of Manufacturing Award in 2010. Kevin is married to his wife of nearly 38 years, Lorna and is the father of two daughters, Lisa Trunnel married to Alex Trunnel and mother of Michael and Hunter Trunnel, and Sarah Bonner, married to Jordan Bonner.