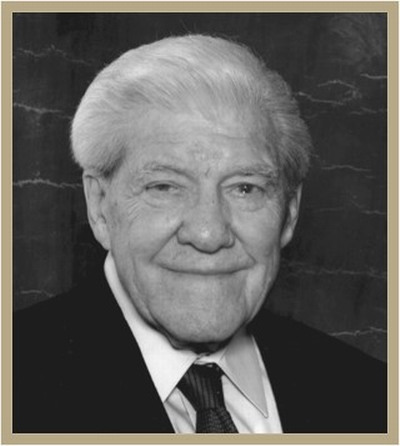 On the wall of his office, Milt Roth has a copy of a speech made by General Douglas MacArthur in 1962. In the speech, MacArthur encouraged cadets of the U.S. Military academy to be “humble and gentle in success.” If anyone has lived by these words, it is Milt Roth. As the owner of the second oldest retail business in downtown Waterloo, Milt is the perfect example of how perseverance can lead to success in life and in business.

Milt’s father, Alvin J. Roth, founded Roth Jewelers in 1931 in the midst of The Great Depression. After graduating from East High School in 1936, Milt attended Iowa State Teachers College and then graduated from Bradley University in Peoria, Illinois, where he studied watchmaking. While serving in the U.S. Army, he attained the rank of First Lieutenant. In 1940, Milt joined his father in partnership, eventually taking over the business in 1948.

In 1942 the original store on the corner of East 5th and Lafayette Streets, was destroyed by a fire. The store moved to a new location on East 5th Street where it continued to serve its loyal clientele until it expanded to include the entire corner of East 5th and Lafayette Streets. During the 1960s and 70s, as an increasing number of storefronts stood vacant, Roth Jewelers continued to act as a downtown cornerstone. Over the years, Milt has acted as an unofficial ambassador for the downtown area. He’s at his shop nearly every day delivering sincere customer service that is so hard to find today.

Although keeping downtown a relevant place to shop and inspiring it to become vibrant once again seem like accomplishments enough for one lifetime, Milt has done so much more for the Cedar Valley through the years. He has raised money for school scholarships, Waterloo Fire Rescue, and Hawkeye Community College, just to name a few. He has served with 18 community organizations including the Human Rights Commission, Allen Hospital board of directors and Main Street Waterloo.