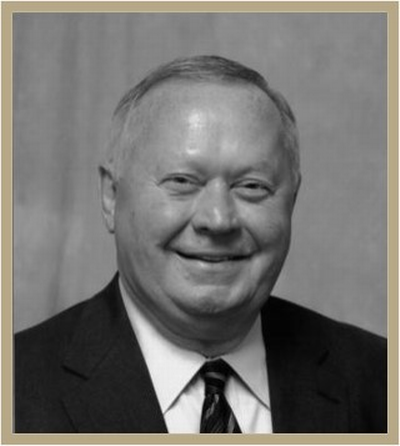 Live every day to the fullest.

Those who know Parke Behn would say he is a passionate, generous person who has been very successful…they might also say he’s a bit sarcastic and entertaining.

Parke learned his first lessons about the business world while working at the Daily Record Newspaper in Cedar Falls in 1959. Parke’s boss mentored him by introducing him to people across the community and showing him the importance of being involved in the community – guidance that Parke instills in his employees today. Parke empowers the people he surrounds himself with, and beams when talking about how he loves his employees’ success more than anything.

In 1970, Parke’s knack as a great communicator helped him become co-founder of Professional Office Services, Inc., (POS), a now-leading national manufacturer of printing and filing systems. Beginning as a small business with just one press, Parke’s first duties included everything from making sales calls to being the oldest delivery boy in town. Although it wasn’t the most glamorous at first, Parke never thought that POS wouldn’t work. In 1992, Parke retired from this very successful company he helped build. Retirement, however, quickly turned into consultant work, giving him the opportunity to use his sales and marketing expertise. In 1996, one consulting job developed into a position at Net Worth Advisors, Inc. Since then, Parke has served on its Board of Directors and has been President since 2001. According to Parke, the key to a successful business is that work has to be fun, and he definitely leads by example.

Beyond the business world, Parke has demonstrated his integrity with countless years of service in our community. His vision as a charter board member of the Greater Cedar Valley Alliance and board member of Wheaton Franciscan Healthcare, coupled with his involvement in the Waterloo-Cedar Falls Symphony, Community Foundation, Gallagher-Bluedorn Performing Arts Center, among others, exemplifies his stewardship for his community, clients, friends, and family.

Married for 42 years to his wife Marlene, Parke and she enjoy the successes of their daughter, Beth, who recently served in Iraq and is now teaching at the US Military Academy at West Point, and the memory of their son Brock who passed away in 1990.

Parke is a compelling, servant leader who is passionate about his life and everything that surrounds it. Parke Behn’s legacy is one that will remind you of his tremendous work with the symphony, his dedicated work as a Sunday school teacher for 23 years, and, of course, that he was “a hell of a lot of fun.”