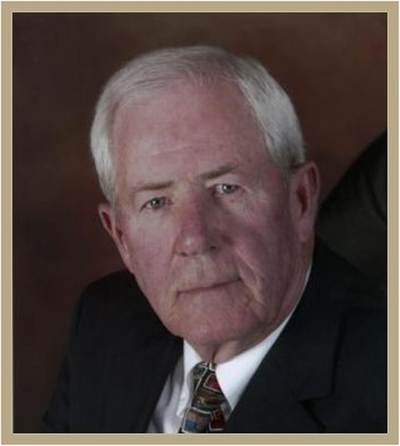 It is important to give back to your community – not to sit back and take, but to give.

There is a little bit of Ralph Emerson in many of the Cedar Valley Area’s most recognizable landmarks such as the John Deere Engine plant, the UNI-Dome, and many local schools and hospitals, just to name a few. Ralph’s professional accomplishments are many but he most impressive must be his career rise. After beginning work in the construction business as a timekeeper in 1953 with John G. Miller Construction Co., Ralph held a mirage of positions until he ascended to President and CEO in 1983. Ralph was the last employee at John G. Miller Construction before it became Cardinal Construction in 1987, where he then assumed the position of President for Cardinal. He transitioned into the positions of Chairman of the board and CEO in 1991 before seeking a well-deserved retirement in 1995. During his tenure, Ralph was the architect and key driving force in the recapitalization of his company during a time when John G. Miller Co. was hit with fatal financial blows due to the untimely deaths of two of the company’s principal owners. This, coupled with the fact that the entire construction industry was at a low ebb due to a national recession, truly demonstrated Ralph’s business savvy. Ralph now enjoys retirement by golfing with friends and spending time with his wife JoAn and the families of their six children, Penny, Scott, Kelly, Brad, Mark, and David.

Ralph’s integrity as an ethical leader is second to none, and those who worked with or did business with him knew that Ralph’s word was solid. This lead-by-example demeanor affected more than the business industry, as his contributions to the Cedar Valley community were many. While always encouraging his contemporaries in the company to become involved, his example wasn’t easy to follow. His leadership and time spent with the Waterloo Building Trades Employers Assoc., Master Builders of Iowa, Boy Scouts, United Way, Western Home, Waterloo Chamber, among many others, has truly made the Cedar Valley area a better place. Ralph passionately believes it is important not to sit back and take, but to give of yourself and your talents. Ralph’s perspective as a humble leader and eternal optimist has attributed to his tremendous success in the construction industry and beyond.