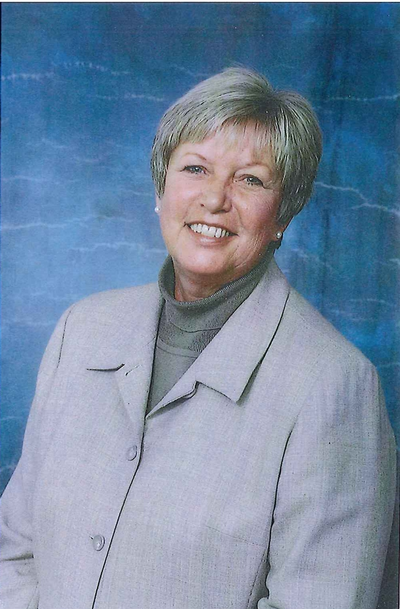 Sharon Juon has always demonstrated keen leadership qualities and credits her childhood as inspiring that spirit. Born in Waukegan, Illinois, Sharon spent much of her formative years under the guidance of her grandfather. A successful, self-made man in the steel industry, this modeling proved foundational to Sharon’s own entrepreneurial spirit, giving her great grounding in how successful businesses were built and sustained. Her grandfather’s motto was, “It’s not what life hands you, it’s how you handle it.” Sharon is an exceptional example of grace and perseverance that upholds this sentiment.

Sharon attended Iowa State University (ISU) in 1965, met David Juon her sophomore year, and by her junior year, they were married and later were the proud parents to two beautiful daughters, Lindsay and Jennifer.

ISU has always remained close to her heart. As such, Sharon has been very involved in the Iowa State University Alumni Association Board of Directors, and the ISU Foundation Board of Directors, holding leadership positions in both. In speaking to her closest friends, many credit Sharon’s strength, vision, intensity and loyalty as admired traits that have led to her success. Sharon is especially passionate about the Cedar Valley area, her family and close friends, and her beloved Cyclones.

Perhaps it is her love of community that is the most visible strand throughout her accomplished career. From establishing the first community leadership program, LIFT (Leadership Investment For Tomorrow), to service in economic development and community building at the Chamber of Commerce, to her recent role of overseeing programs in community and economic development at Iowa Northland Regional Council of Governments (INRCOG), Sharon is always an ambassador for the Cedar Valley area and those that live, work and play here.

Sharon’s efforts on behalf of the community have been described as “boundless.” “She has approached her volunteer activities with the same gusto she has in her professional career. It has always been her overarching credo that all shall be served and all in equal measure,” Geoff Grimes, Retired Partner of Struxture Architecture.

Sharon has been recognized with dozens of awards, including Iowan of the Day in 2013, has held leadership positions with more than twenty civic organizations in the Cedar Valley, is credited as the first female ambassador for the Chamber of Commerce, and is known as a dear friend by many. Sharon has always possessed a vision to better the community and the people around her, accomplishing this through courage, citizenship, responsibility, respect and trustworthiness. Sharon has captured what it means to be loyal to the Waterloo community and her impressive resume is only a fragment of how she has positively impacted those around her. “She is that community leader that every community wishes they had, but few are lucky to get,” states Grimes.

Sharon recently retired from INRCOG. During Sharon’s leadership, the Chain Lakes Natural Area was developed, improvement of the freeway system through Waterloo and Cedar Falls was completed and the bike trails through the metro area have become well respected. Additionally, Sharon is credited as building one of the best Council of Governments in the state, if not in the nation. Sharon’s involvement in the development of critical services to local cities and counties has improved the overall fabric of each community and has enhanced the viability for business development and growth in the area.