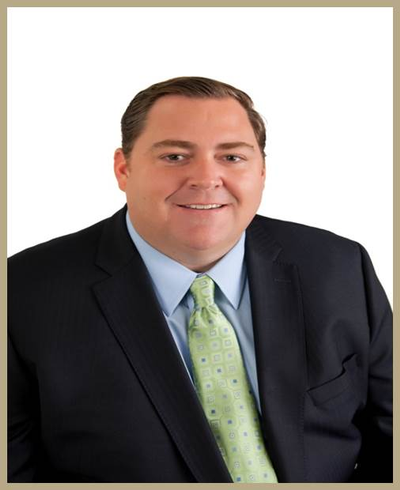 Chris Fereday was born in Waterloo, Iowa in 1974. Growing up, Chris competed for several years in golf and won the Iowa Junior Golf tournament at the age of 12. He attended Columbus Catholic High School in Waterloo and after graduation continued his education at the University of Notre Dame. While at Notre Dame, he continued to play competitive golf and obtained a business degree in Marketing.

Chris’ first sign of entrepreneurship began at the early age of eight when he sold greeting cards door-to-door to save money for an old school crank camera. His parents, Tom and Sharon, supported him and allowed him to explore the ups and downs of becoming an entrepreneur. Chris was instilled with intense drive at a young age and became a role model for his two younger brothers, Charlie and Andy. When Chris turned 16, he began working for his aunt at CBE Group and was eventually given the role as their marketing intern. He then accepted a position at Arthur J. Gallagher Risk Management Services and transferred to Milwaukee, Wisconsin, following his wife Megan while she attended law school.

After working at Arthur J. Gallagher, Chris returned to Cedar Falls to work for PDCM Insurance to take over large accounts. At PDCM, Chris saw endless possibilites in the insurance industry and over time, has grown to care for clients and many have become close friends. In 2008, Chris and three others purchased PDCM. Since then, PDCM has integrated online services and recently acquired Group Benefits Design. PDCM Insurance is now a leading Iowa Independent Insurance agency and consulting firm that is committed to adapting to the ever-changing insurance industry. Chris is also dedicated to keeping up with the insurance industry and has earned the prestigious Certified Risk Manager designation, and has completed several classes towards the Certified Property Casualty Underwriter designation and the Associate in Risk Management designation.

Chris is described as a progressive leader and fierce competitor. Family, being one of the most important things to Chris, has always been a top priority. Growing up, he set good examples for his brothers and was always willing to include them on a Saturday night in with video games. Growing up, Chris always excelled. Taught by his mother, Chris learned to be a strong, opinionated, and loyal person. He is someone who will drop anything for his family or friends if they need help. As a leader, Chris is able to make sound decisions and is able to do what needs to be done even if it’s not what he wants to do. His vision has helped him be a very proactive leader and has helped him recognize opportunities for PDCM Insurance.

Outside of PDCM, Chris is very involved in the community. He serves on the Board of Directors of the Greater Cedar Valley Alliance, Junior Achievement of Eastern Iowa, and the Waterloo Industrial Development Association. Chris has also been recognized as an Emerging Leader by the Cedar Valley United Way and has been selected as a Cedar Valley “20 Under 40” recipient by the Waterloo Courier. In addition, Chris has served as the Executive Director of the Waterloo Junior Golf Association and has been a coach for youth basketball. Chris is married to wife, Megan and they have two children, Molly and Thomas.